Jewel Nightclub Plans to Shine Through the HAZE 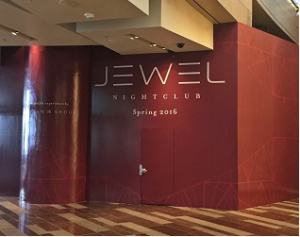 Aria is getting a new Nightclub Venue Jewel Nightclub that will reside in the space that was once known as Haze. Jewel Las Vegas a new nightlife concept by Hakkasan Group and designed by the Rockwell Group will debut in the spring of 2016.  It’s been over a year since Haze closed its doors, and Hakkasan is partnering with MGM Resorts and Dubai World to bring Jewel Nightclub to Aria. Early renderings of the Jewel show a look  and features similar to Hakkasan property Omnia Nightclub.  Although it will be significantly smaller than Mega Clubs like Hakkasan at MGM Grand that measures 80,000 sq. ft. and Omnia at Caesars Palace at 75,000 sq. ft. inside of Jewel’s modest 24,000 sq. ft., Hakkasan Group has promised Jewel will shine, Jewel Nightclub will be Hakkasan Group’s smallest venture and they plan exploit the small nature of the venue and make it a more intimate and personal experience.